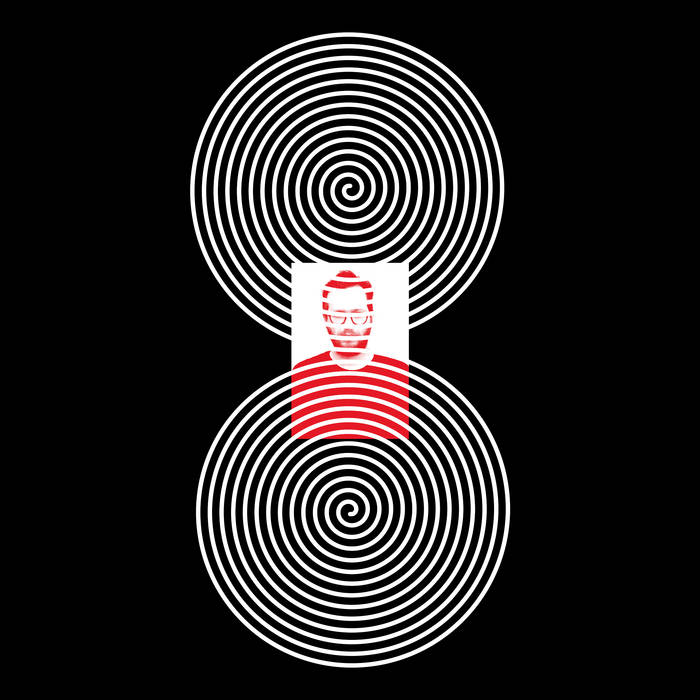 After ˆL_ released his debut album »Love Is Hell« on ANTIME in 2014, he now returns with a more dance floor-ori- entated 12” on the Berlin-based imprint. »The Outsider« is set for a late-June release and follows ˆL_’s extensive joint tour with his Mexican label mate AAAA throughout Germany.

From the slamming 90es-style Techno belter »She Only Loves Me Because She Doesn’t Live With Me« to the eerie Techno/House hybrid »I’m Richard Clayderman« and the hard-hitting break beats on »Phil Spector« or »Locked-In Syndrome«, the allusions to heyday 2-Step on the EP’s closer »Too Weird To Live Too High To Die«, and last but not least the uncanny title track: ˆL_’s sample-heavy aesthetics are as distinctive as they are cohesive.

While »Love Is Hell« reflected an emotional low point for Luis Fernando, »The Outsider« was informed mainly by nihilism, expressing both Fernando’s disgust with religion and the deeply rooted social inequalities which came with it. However, like »Love Is Hell« »The Outsider« takes its cues not only from music, but also external reference points, notably literature.

The underlying topic forms the narrative of »The Outsider« which knits the already consistent EP even more tightly together and is expressed by no other than the late David Foster Wallace. While the brief excerpt from Wallace’ ground-breaking speech »This Is Water« is literally outspoken about the EP’s concept, other tracks also hint at the underlying theme of social and personal alienation by referring to famous misfits like Phil Spector and Richard Clayderman.

ˆL_ is the moniker of the Brazilian producer and sound artist Luis Fernando. Having released his debut album»Love Is Hell« in 2014 through the Berlin-based ANTIME imprint, he also received attention with a slew of remixes and contributed to several compilations, most notably »Hy Brazil Vol. 7« which was hand-selected by Chico Dub, one of the most important figures in the Brazilian electronic music scene.

In 2015, ˆL_ embarked on a successful, two-week long Germany tour with his ANTIME label mate AAAA and released the more dancefloor-orientated EP »The Outsider«, also through ANTIME, in early 2016. Apart from his work as a producer, Fernando regularly hosts workshops on sound design with a focus on film and radio works. Fernando started making music as a young teenager, citing bands like My Bloody Valentine or Nine Inch Nails as inspiration for his first Shoegaze-leaning excursions in the music world. As he grew older, his taste varied and his own output became increasingly eclectic. Nowadays, ˆL_ works mostly digital and oscillates between film score-inspired sounds, acidic Techno, Noise and abstract electronic music.

However heterogeneous ˆL_’s music might be in terms of stylistics, Fernando cunningly manages to weave all elements together into integrally closed narratives full of unforeseeable twists which follow a well thought out logic. The prolific Brasília-based producer furthermore creates continuity through his unmatched sensitivity when it comes to sampling. Fernando, who has researched and taught about the art of sampling, has built up an impressive archive and regularly immerses himself in his surroundings for field recordings. The result of his relentless pursuit is inscribed deeply into his music, which always unmistakably sound like ˆL_, whether it is a hard-hitting 130 bpm Techno belter or a richly textured IDM track with Jazz and Noise elements thrown in for good measure.

Fernando was raised in a strongly Catholic family which triggered within him a disdain for religion and the social injustice caused by it. Thus, his music, apart from psychological and literary topics, often critically explores religious and philosophical themes. Although predominantly instrumental, the music he makes under the moniker ˆL_ relies heavily on Fernando’s sampling techniques which – apart from resulting in his distinctive sound signa- ture – allow him to incorporate external references in his work. ˆL_’s music is hence substantially informed by literature, film and philosophy, which is also reflected in the tracks’ titles. Fernando thereby provides a complex paratext to his sound art which thusly can be approached from various different perspectives. Not only does ˆL_ transcend musical boundaries, his work can also not simply be reduced to sound alone. ˆL_ (Luis Fernando) is a producer of Eletronic Music from Brasília whose eclectic sound signature is primarily shaped by his unique sampling techniques.